President of the SKYSPA Group and leader of a team that is passionate about well-being, Patrick is an entrepreneur-dreamer, with a human warmth that can ignite a whole team. Attentive and resilient, Patrick's strength lies in his convictions and the respect he radiates.

Since 1995, Patrick has been thinking about innovative concepts in the field of spas and started his own Nordic spa project in the Eastern Townships, the Spa Nordic Station. As soon as he arrived in the industry as an entrepreneur, he became actively involved in promoting the interests and recognition of this emerging industry by becoming a member and then president of the board of directors of the Groupe Spas Relais Santé, which at the time consisted of some twenty spas in Quebec. He then became co-founder and member of the board of directors of the Association Québécoise des Spas, which currently includes some fifty spas. He also participates regularly in ISPA, the International Spa Association, a resource for businesses in over 70 countries.

Read the message from the president 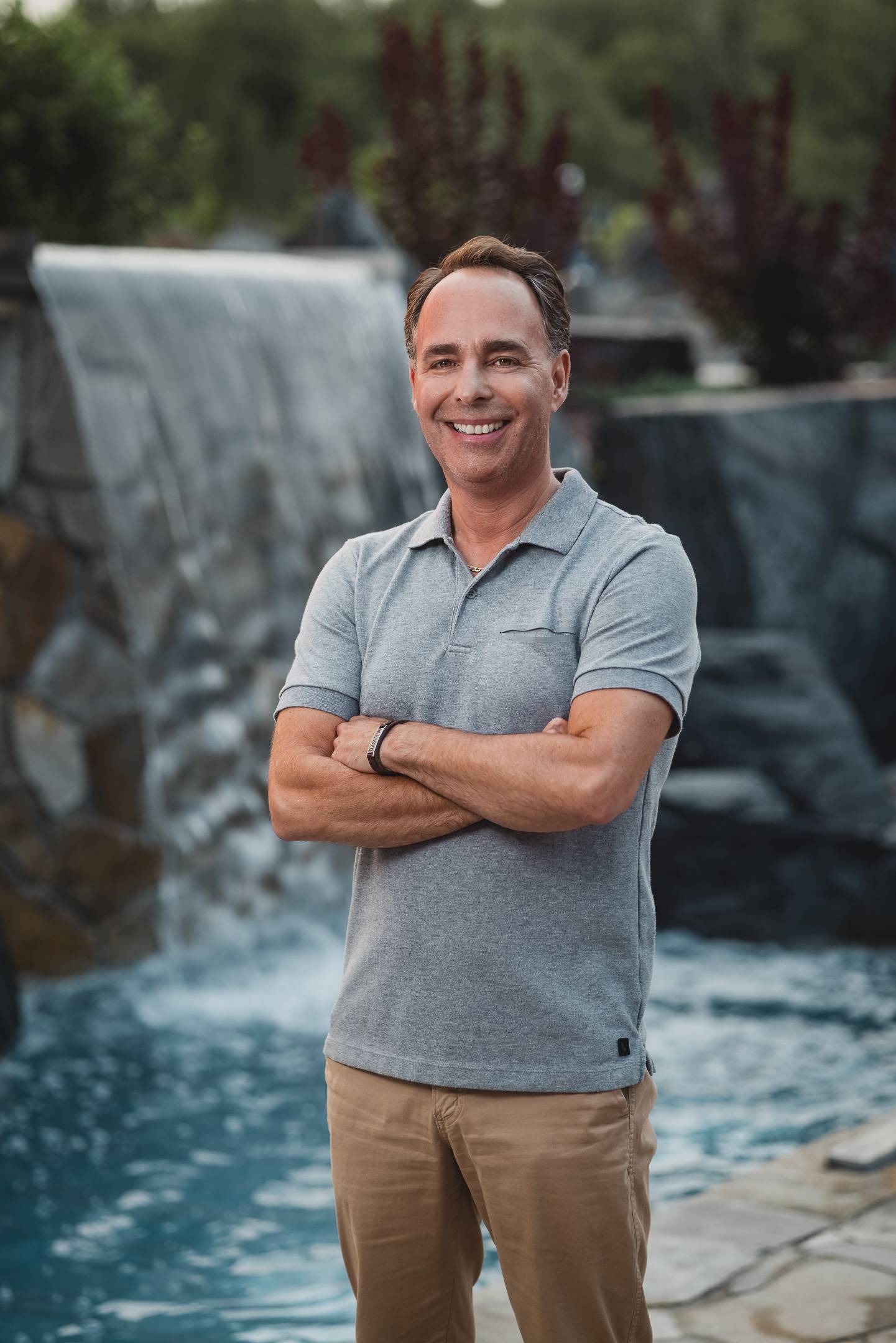 With his calm attitude and unshakeable pragmatism, Alain plays a key role within the Group; he oversees the team's dynamics and the Group's financial performance.  A true prankster, and a little bit of a joker, Alain hides under his serious air a warm laugh (like his voice) and a tender heart.

Before joining the SKYSPA group in January 2017, Alain worked at RCGT in restructuring and then played a key role at Coalision (Lolë, Paradox, formerly Orage) as Chief Financial Officer and Operations for some 20 years. In 2016, he partnered with the young entrepreneurs of Poches & Fils to support their growth. 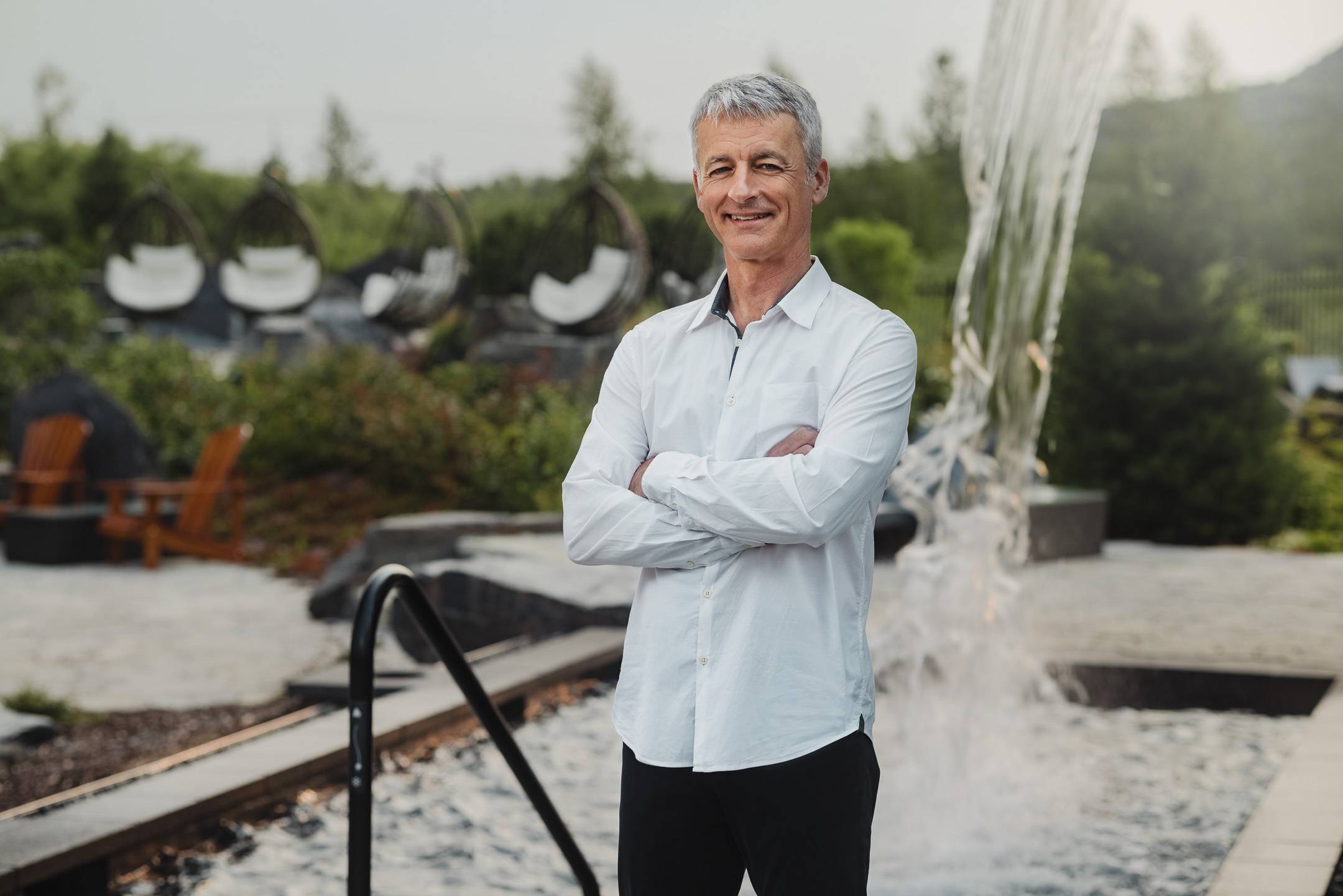 As Vice President, Sonia ensures that the high standards of customer experience are maintained in the group's spas while guiding key employees and managers to develop their sensitivity to detail in all aspects.

Sonia stands out for her strength in operations and human resources management. Her extensive travels around the world have sharpened her critical sense of tourism and customer service, and especially her attention to detail when it comes to the customer experience. She was responsible for the design and decoration of the Nordic Station Spa site as well as the two SKYSPAs in Dix30 and Quebec City to improve the customer experience. With a keen eye and great sensitivity, nothing escapes her!

A true bundle of joy with an analytical and creative mind, Geneviève is the one who weaves together all the SKYSPA Group's brands to bring their unique positioning to life for customers. A master of multi-tasking without compromising her ability to listen attentively, Geneviève's resilience is unshakable.

Having joined the group in 2017, Geneviève has demonstrated her versatility as a marketer by maintaining all marketing activities for the SKYSPA brand, in addition to orchestrating the launch of the Förena Cité thermale brand, from the creation of its intangible universe to its realization in 2020. Geneviève has worked for 10 years in digital media within renowned companies such as TC Media, Bell Media and Quebecor. She has held various roles such as Product Director, Marketing Project Manager and Account Manager for national brands. 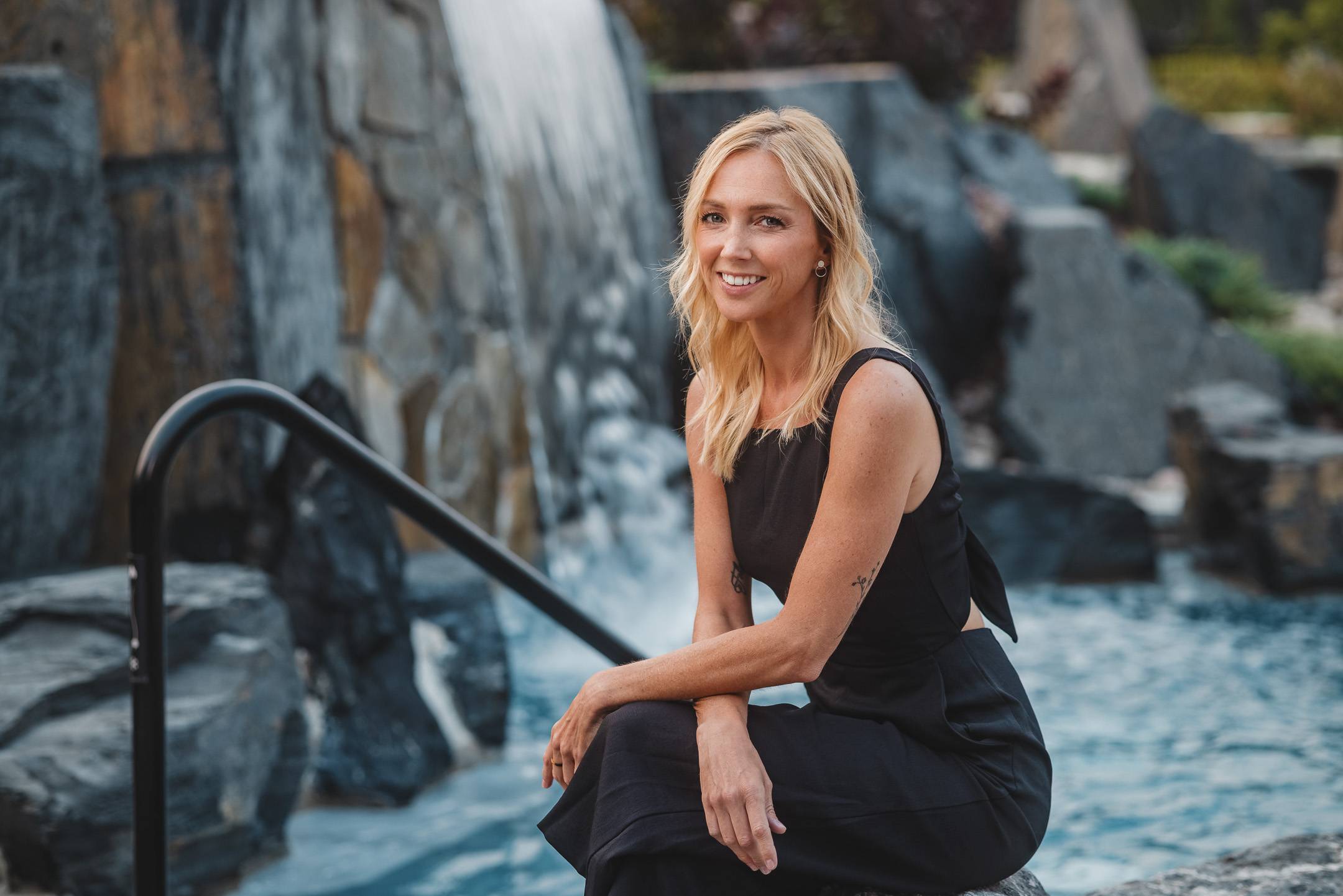 In February 2017, Lyne joined the SKYSPA group to bring her sharp sense of analysis, her rigor, and her contagious positive attitude. As a team player, Lyne is an indispensable asset to the team and to the development of the group.

Lyne worked at RCGT in accounting and then at Rake Assurances for 19 years as an accounting manager. In 2013, Univesta Assurances acquired Rake, and then some 15 firms, thus developing Lyne's expertise in mergers and acquisitions with her team of eight people. 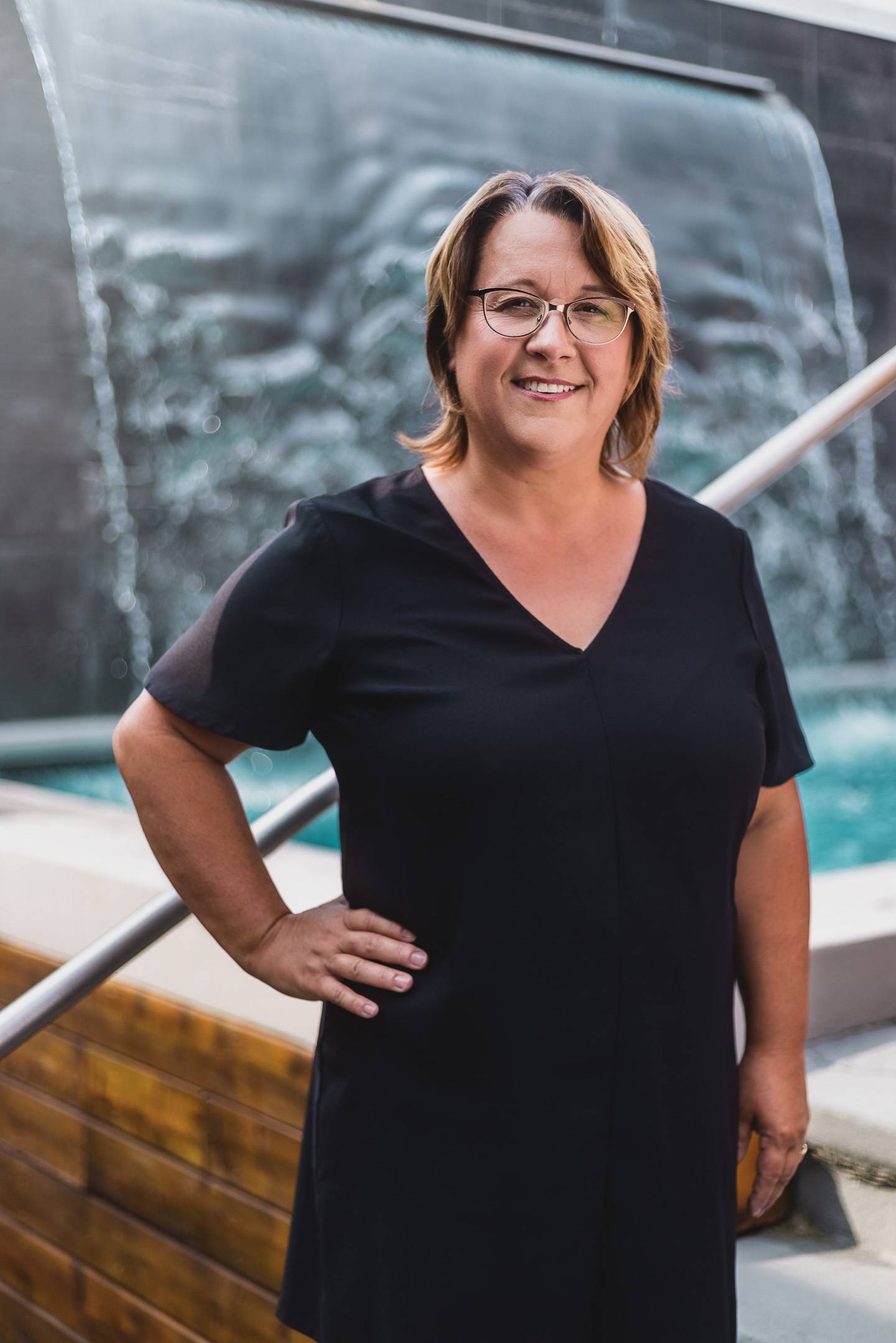 Behind her serenity that soothes and comforts, Samia's warm smile gives energy and confidence to the whole team. She is a seasoned manager with a quiet strength and active listening skills: every problem has its solution and every project its action plan!

Samia has been with SKYSPA Group since December 2016. She first worked as Operations Manager for SKYSPA DIX30 and then dedicated herself entirely to the FÖRENA Cité thermale project. Prior to SKYSPA, Samia had a rich experience in the hotel industry, first at the Place d'Armes boutique-hotel as customer service manager and then at the St. Martin boutique-hotel as reservations manager. In 2013 she joined the Hilton chain as Customer Service Manager, managing operations and employees as well as customer satisfaction. 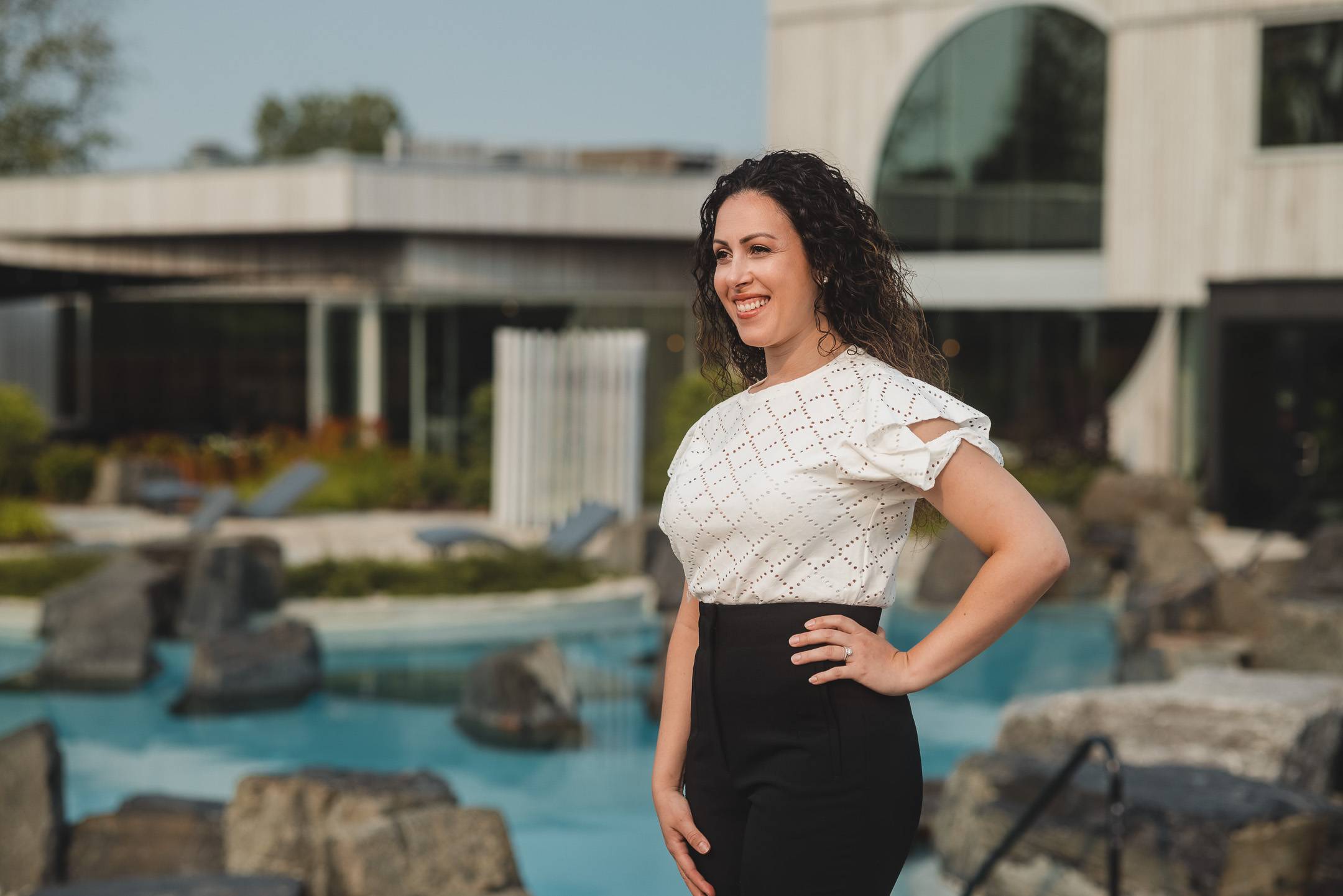 Anne is a brilliant woman who has a heart on her sleeve; always ready to help her team, no matter what the hour. She is a meticulous manager who knows how to harmonize rigour and pleasure.

Part of the Nordic Station Spa team since 2009, Anne has had the privilege of accompanying the evolution of the group and all its development projects since the beginning. She has covered almost every position at the spa, and was promoted to General Manager in 2016. She worked for two years as an aesthetician and as a professional makeup artist and sales specialist at Dior Canada. 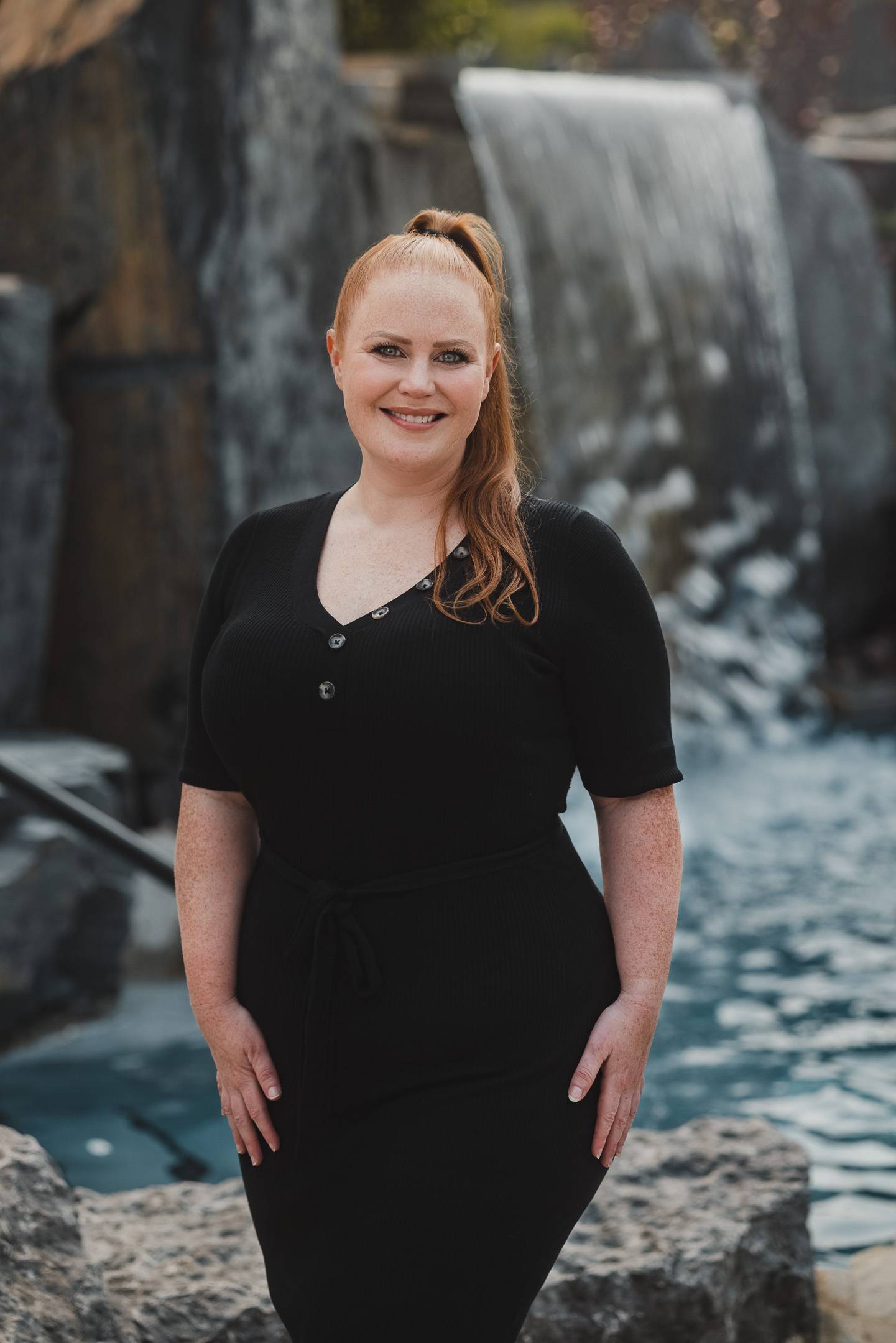 With his charismatic personnality, Sebastien is a major asset to help SKYSPA shine on the Quebec market. Man of action, is not afraid to take on various tasks in charge to deliver the projects. Sebastien is a man of heart who deeply cares about his team's well-being.

His career started in 2002 as The Loft Club director. His performance allowed him to get a general manager position at Beaugarte Restaurant-Night club in Quebec in 2008. He will successfully operate this position for 5 years. Then, he becomes co-owner and operation director at Quebec SKYSPA in 2013. 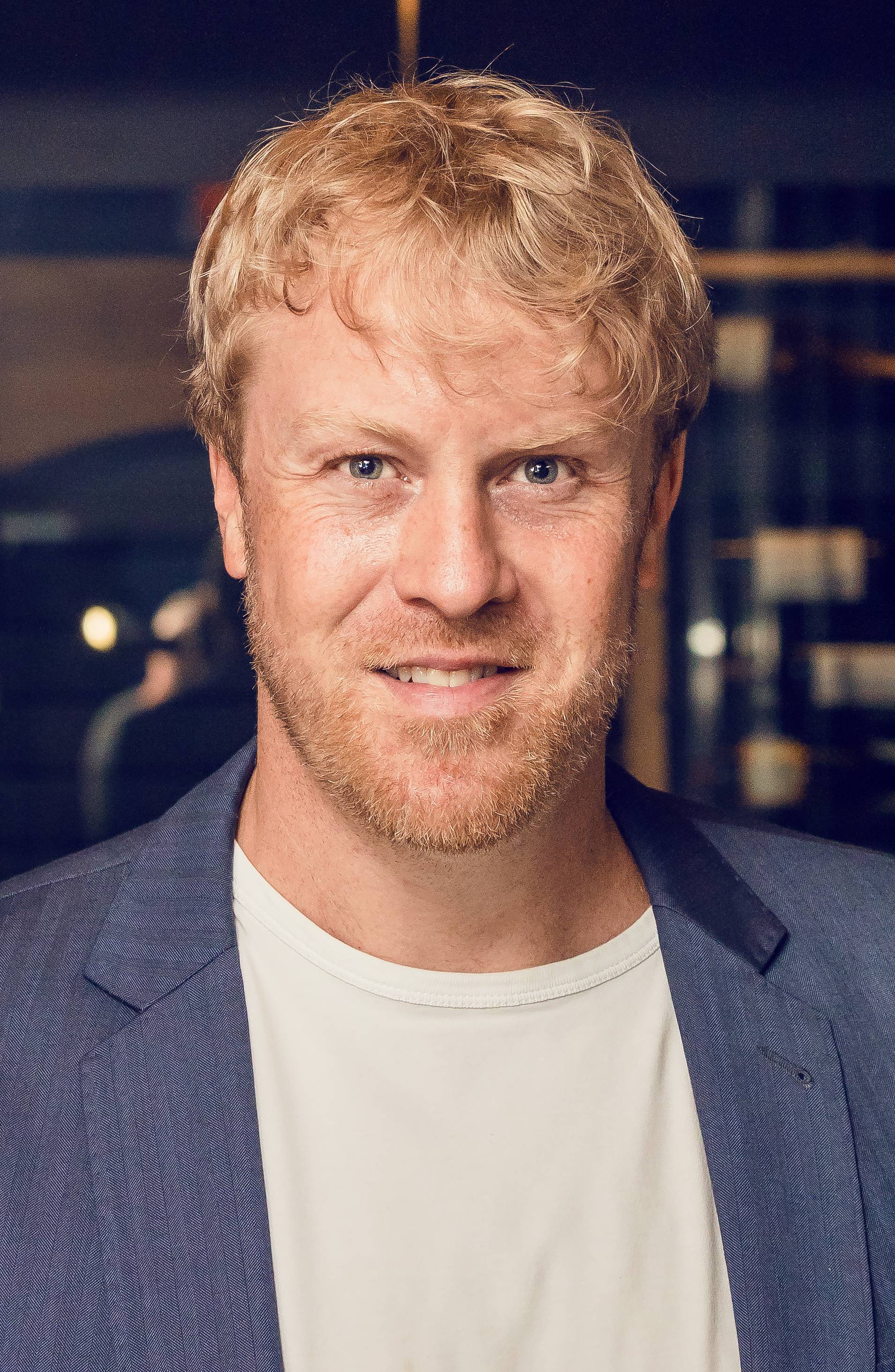 Olivier is our quiet force. Quiet and calm, he is a man of action who gets things done. Great listener, he's great at putting people at ease and has a great sense of humor, which has a rallying effect among the different teams.

Olivier joined the Group SKYSPA in January 2022. He knows the industry quite well since he started his career as a Massage therapist, Kinesiologist and orthotherapist. Then, Olivier worked as a manager in the sports industry. It's then natural that his previous experiences are handy to manage the SKYSPA DIX30. 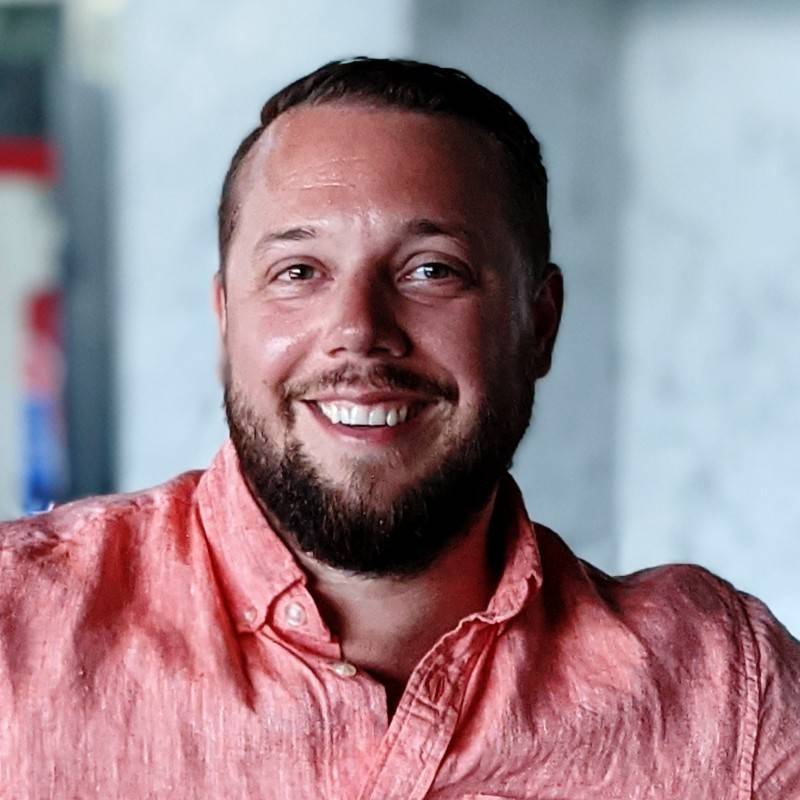 Discover the milestones which shaped the path of our group since it's beginning. 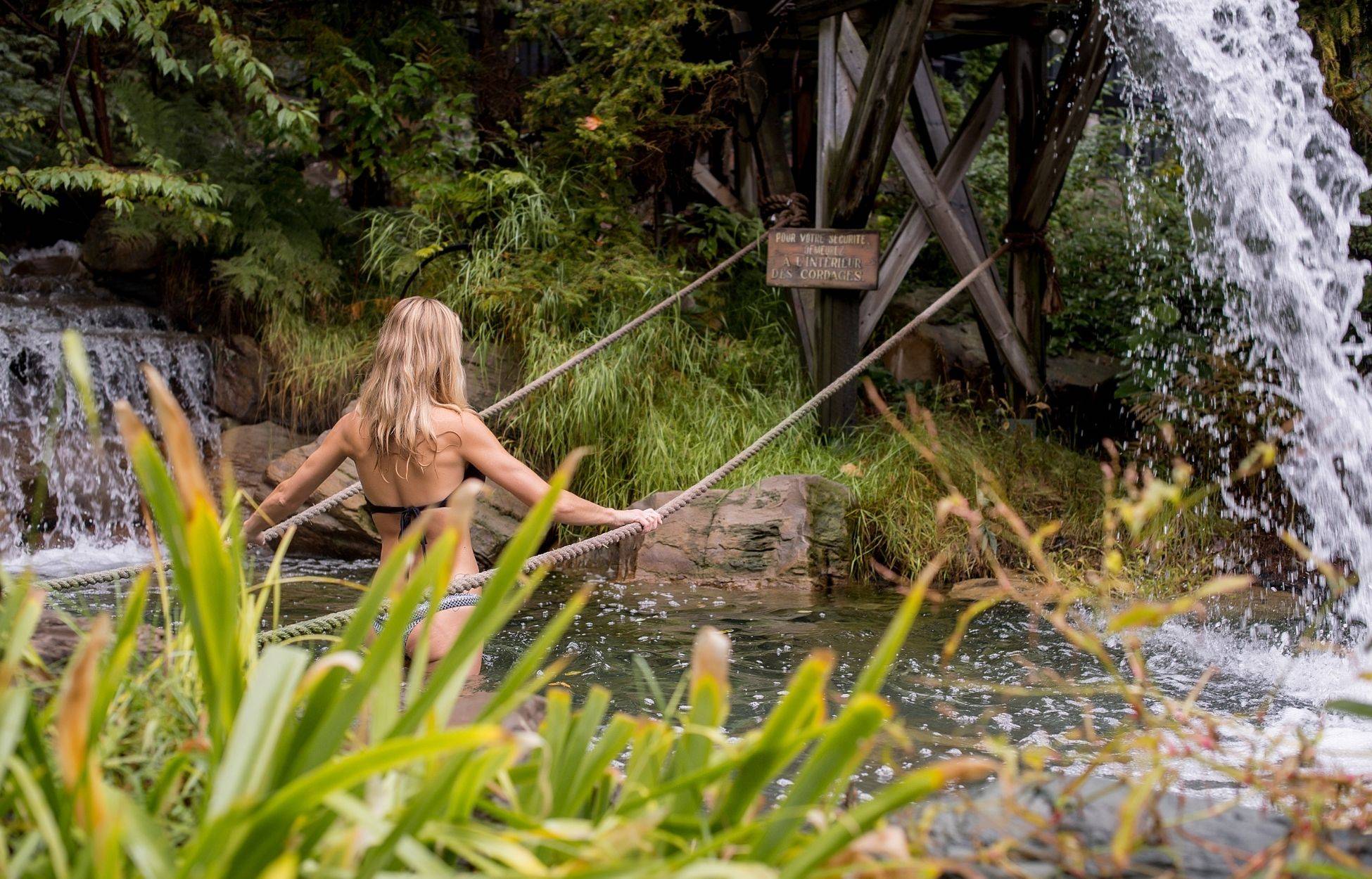